Recently while scrolling on twitter I came across this perfect video that explains my complete issue visually. The video includes 16 films and a variety of different portrayal of African American women. I have watched all of these films more than once so, I’ll be choosing three of the women from the film “ATL” which is used a plethora of times in the video below to strengthen my argument for my issue.

Being able to find a video like this on social media shows me that I am not alone in how I feel about the representation and portrayal of black women in film. This has been an issue for decades and decades.

Lastly, I am hoping to accomplish something bigger than me. To many, this issue may not be a big issue but for black women and men, it is. The negative portrayals and representation of black women in film affect them greatly. Many black women are affected emotionally and physically by the negative portrayal and representation of them in film. They spend so much time trying not to be the negative stereotypes of them shown in film or proving there are not those negative stereotypes. “To illustrate, Black women may change the tone of their voice in the presence of non-Black people to avoid being perceived as aggressive, or they may downplay their academic achievements to avoid being perceived as threatening to potential male partners” (West, p. 140 2017). Black women are also affected psychologically. “As a result, Black college women who self-identified as nurturing Mammies, or as verbally combative Sapphires, or as promiscuous Jezebels have reported a variety of psychological challenges, including lower self-esteem (Thomas, Witherspoon, & Speight, 2004 p. 140), depression (Donovan & West, 2015 p. 140), and binge eating disorder” (Harrington, Crowther, & Shipherd, 2010 p.140).

To start, I will be talking about a character/actress from the hit film “ATL” named “New New” because she always rocks the “New New” shit.

In the film, New New is a rich young black woman who never had to grow up in the hood. But, in the film, she feels like her privileged life she is her “selling out” to the hood. So she begins to live two lives. When she is with her family she is Erin who plays tennis and talks sophisticated. But, when she is with her friends at Cascade or the hood of ATL she is New New who talks ghetto and act how she see those in the hood act.

I choose to talk about this character because this character had the potential to be a positive role. But, instead of showing with hard work and dedication you can move out the “hood” and give you and your children a better life. The film decided to go in the direction of portraying a privileged rich young black girl trying to be “black”. It is clear the film think stealing, talking ghetto, dressing a certain way is equivalent to being black.

From the beginning of the film, viewers know that Erin, “New New” is rich because of her father who once lived in the hood of ATL but, left after he became successful enough to. But, all we ever see is “New New” we barely get to see “Erin” and I think if the film showed more of Erin this could have been a very rare positive role for a black woman.

Erin “New New” do no fit in just one label she has multiple. She qualifies as “The Diva” because of the way she walks and talks. “Divas’ sexuality has been described as sultry or tempting, but never explicit. Their sexuality is obvious through their seductive walk, glances, body shaping outfits, and totally coifed appearance. Divas’ choice to not make overtly sexual overtures is also reflective of middle-class beliefs about women’s sexual role behaviors”(Stephens & Phillps 2003). She qualifies as “The Jezebel” because she is young and mixed race. “Portrayed as having light skin, long hair, and a shapely body, the Jezebel was sometimes referred to as a mulatto or half-breed” (note the highly animalistic terms) (Stephens & Phillps 2003 p. 8). Lastly, she qualifies as “The Gangster Bitch” because of her significant other. She really does not meet any of the requirements of “The Gangster Bitch” other than her boyfriend being from poverty and an urban area. “In fact, they indicate this through the valuing of men as partners in their struggle for daily survival in urban American culture”(Stephens & Phillps 2003 p. 25).

While using the same film, I will be talking about another character/actress from the film “ATL” named Tonya.

In the film, Tonya will be definitely labeled a Jezebel. She is the main character Rashad ex-girlfriend but, she can’t seem to understand that. In the film, she continues to try to get back with Rashad by using subtle sexual advances. When these advances do not work she is seen with multiple men throughout the film giving the impression that she is a ‘Hoe’.

Last but not least, Gayle.

In the film, Gayle is the mother of twins who are best friends with New New. She drives a broken down car in which the twins have to exit outside the trunk. According to the script, the Welfare Mother lazily collects government checks and reproduces poverty by passing on her pathologies to her many children (Sklar 1995 p. 9). Gayle can not tell her twins apart at all.  The twins also have to steal the nice things they want but in a particular scene, we see Gayle has a stash of money rolled up. So, she is within measures to provide for the twins so they do not have to resort to stealing but she doesn’t.

All in all, the film “ATL” is a complete representation of what the hood is like. But, the portrayal of women is not. This is a classic film millions all over the world has seen. Millions of people have watched this film and think this is how black women are and act. I am one of the many who loves this film but the portrayal of black women in this movie is toxic.

– Bring it on: All or nothing

– A Low Down Dirty Shame

a lil video I made for class exploring the stereotypes of young black women in film! pic.twitter.com/PpjI5kPJwn 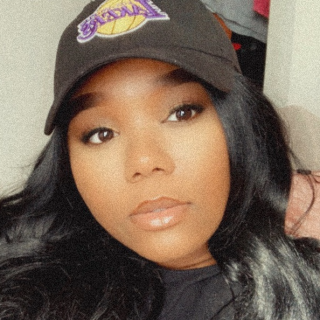